Organizational Health in Your Company: Developing or Ignored? 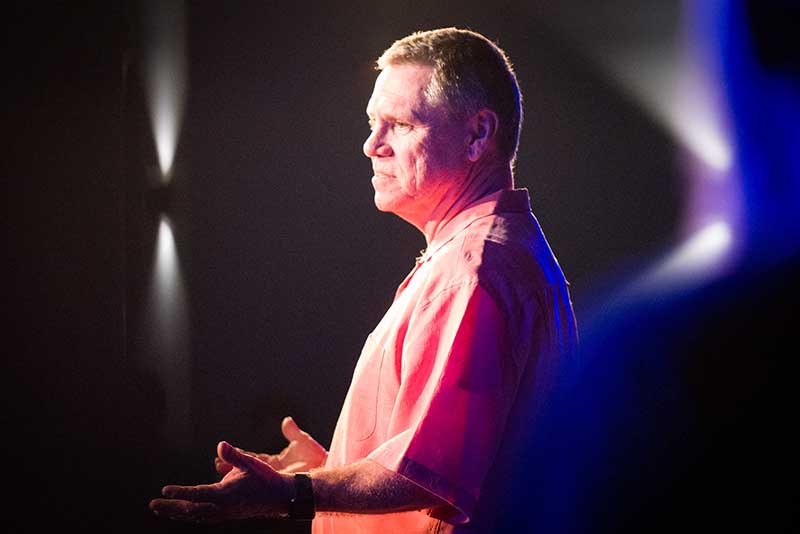 Ben’s level of frustration had reached a level that he had never before experienced in his professional life.

His employer, a tech company that a year ago went after him so hard to lead a new enterprise initiative, had become the seat of his frustrations.  The recruiter and the COO who led the interview process must have either had a skewed and distorted view of this young but promising seven-year old startup, or they had been flat out dishonest and manipulative!  Ben thought about the three on-site days he spent during the recruiting process.  He could have sworn he observed a group of happy, smiling employees who really seemed to love their work.  He spent some time watching a bit of the annual ping-pong tournament that happened to fall during his visit. Didn’t he remember in the rec room hearing and even feeling the light-hearted banter and trash talk that indicated a cohesive culture – one in which he thought ‘…surely these people like each other…’

But where had it all gone wrong?  Since he accepted the management position and inherited a promising team of internal leaders, the reality that Ben experienced seemed to be light years from what he observed during his recruitment.  He thought back on the very first staff meeting with his boss – the COO – and her other direct reports.  She would run down the agenda, make a few statements about each item, ask for questions, and then move on to the next topic.  Eight topics in that first meeting, and the pattern held for each of the topics – no one asked questions or weighed in, other than the COO herself.  He remembers thinking that maybe it was just a bad day for the team, until he experienced nearly this same identical meeting the next four times the team came together.  It got a little better in the third month of his tenure, as he decided to take the plunge and make some suggestions during the staff meetings.  But he was quickly disappointed as he realized that none of his peers reacted to any of his comments and thoughts.  At his last company, he enjoyed the lively debate that would come regularly in vetting decisions.

Then he remembered on two occasions, both within one hour of the meeting’s conclusion, overhearing his colleagues around the corner in the breakroom, criticizing, fairly vehemently, the COO and points she had made during the meeting.  Worse, on each of these occasions, the two pairs involved in these ‘water cooler’ conversations were different people.  So out of the seven team members (with the COO being one and he himself being one), Ben had observed four of them in what he thought was subversive behavior – in just the first two months of his employment!

As he sat in meetings that were led by his people, he noticed a similar pattern, though not quite as pronounced.  Also, ad hoc hallway meetings and discussions seemed to be shallow, and very seldom did the discussions yield any back-and-forth dialogue.  Discussions seemed to focus on one singular idea, and what one person said was generally accepted, and the conversation would then move on.

In this new job, Ben found himself caught in a vortex of Artificial Harmony, which had enveloped his company.  In environments rife with artificial harmony, there is a desire to portray an image that everything is good, that everyone gets along just fine.  There is the image that staffers are in agreement on, and in support of, the direction of the company.  However, in the margins staffers use gossip and even slander to lay out frustrations with colleagues instead of confronting them directly.  Passive aggressive behavior is tolerated because it is a byproduct of the desired avoidance of conflict.  Employees never really get to trust each other because of the high value placed on the image that the individual projects, rather than their authentic identity.

Pinnacle Consulting & Coaching Group exists to assist organizations in creating genuine, authentic cultures.  Our work with client organizations focuses on growing the company’s overall health, largely by helping those in the organization to behave in a healthy fashion.  We do this by working with teams through facilitation and consultation – both in-person and virtually, and through coaching individual leaders to help them lead themselves and others with integrity and authenticity.  We also assist in visionary and strategic planning, building and developing teams, change leadership and leveling up leader functions with their positions.  We do all these things with the common theme of driving healthy behaviors.  We see time and again that organizations who commit themselves to these things will experience significant performance enhancement.

While companies do all they can to squeeze every bit of efficiency out of their business processes – and many, if not most, often do a good job of this – it is their human capital, that presents the greatest opportunity for increased productivity.  No matter how complex their products and services, no matter how powerful the applications that they create for customers and clients, it is what emerges from the organization’s humanity – and the resulting culture – that keeps the business moving and relevant.  So when companies are maximizing their human capital, they are, in effect, doing the most important things they can to maximize the capacity of their products and services.

A) They don’t know how. The world of team and organizational health is, in many ways, considered by many to involve the ‘soft skills’. For many in positions of influence, the term ‘soft skills’ tends to draw comparison to ‘squishy issues’ that they may find it hard to get their arms around.

B) It’s not what we’re taught in school – Most university fields of study focus primarily on the technical aspects of a discipline or body of knowledge that is applicable in a professional setting. More organizational health-related topics, such as understanding principles of management and leadership (two complementary yet different topics by the way…) are perhaps brought in to the course of study, to a much smaller degree.  The result is that the aspiring professional enters employment being ill-prepared to deal with many of the interpersonal complexities he or she may encounter in co-workers.

C) It’s not the focus of promotional opportunities – Most organizations base decisions on promotional opportunities on technical competence, and not on management or leadership skills, or even potential management or leadership skills. This is especially true with frontline or first-level supervisory positions. As a matter of fact, many assume that people can learn the ‘soft skills’, because that side of the work is ‘easier’ than the ‘hard skills’ – the technical side of things.  But such is NOT the case.  Most who have made the transition from individual contributor to position leader will likely admit that the leader role requires more energy and wisdom.

D) It can be really messy – Working with a focus on humans and human behavior is inherently messy. A human being is, at perhaps his simplest, a configuration of thinking and emotion, with varying degrees of balance or imbalance between the two, depending on situations, background and experiences. No person has the same patterns, so behavioral predictability is nearly impossible.  Also, people bring into the workplace baggage that has nothing to do with the workplace.  Because of these complexities, when we see cues that indicate that someone has an emotion that is out of whack, we may choose not to address it.   We simply may not want to hear what we think we might hear.

E) It’s not where we measure the bottom line – Human behavior is not very measurable, at least not in discrete terms, in the way we think of an organization’s operational metrics. Human behavior doesn’t necessarily tie very well to compensation plans. This is why so many performance management systems cater to metrics that more directly relate to dollars and cents, often to the extent that they ignore the behaviors of employees. This exclusion of behaviors from the evaluation of performance is perhaps the most significant oversight a company can make.   The reality is that behavior, which impacts company culture directly, will likely have a larger long-term impact on a company’s performance than the company’s aggregated level of technical knowledge and skills.

Lessons from the Playground

Lessons from the PlaygroundBud Wrenn‘Pump, Everly…’;  ‘Pull, Aria…’;  ‘Vinnie, move or you’ll get hit!’    All of these, phrases of encouragement, admonition, and warning that I issued to 3 and 4 year old kids in just the past few minutes.  You see, one of the...

In the last post, I talked about what it means to have a vision and listed some examples of people in the world who have had great visions for change and then followed those dreams. But those dreams did not come to fruition overnight...they came about through a lot of...

Planning with Intentionality for Your Church’s Future

I could hear the discouragement in Jim’s voice as I talked with him on the phone. “I just know God is giving me this vision,” he told me. “How can I get my leadership team to buy into it?” I knew Jim was a capable guy, and a natural pastor. He had taken this church a...